CENSORSHIP IS WHAT HAPPENS WHEN POWERFUL PEOPLE GET SCARED- Micheal Krieger 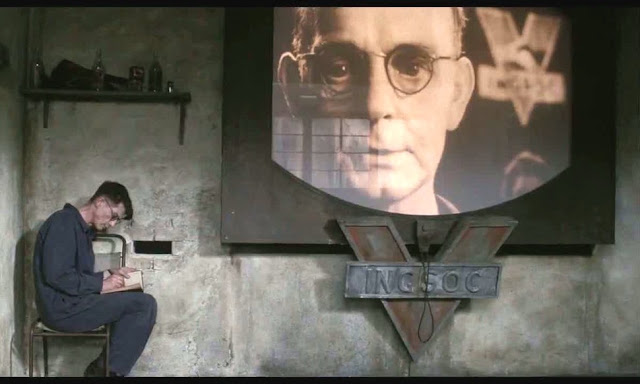 GOOGLE, FACEBOOK,TWITTER, AND YOUTUBE ARE AFRAID OF YOU BECAUSE THEY WANT TO DOMINATE AND CONTROL YOU.  So they will remove your videos posted on YOU TUBE, remove your tweets posted on TWITTER  and limit your search results on GOOGLE. They don't want you to know history and don't want you to think independently as Winston discovered in George Orwell's novel "1984".

Quotes From '1984' That Are Horrifyingly Relevant In 2018, but first a little primer on the novel 1984 by George Orwell.

When British writer George Orwell published a dystopian novel called 1984, he had seen, at age 45, both World Wars, the rise of fascism in Italy, the rise of Hitler in Germany; the invention of airplanes, television, antibiotics, along with atomic power, guided missiles, napalm.

1984 takes place in Airstrip One (formerly Great Britain), in the superstate of Oceania, a country embroiled in a seemingly never-ending war. Individualism and independent thought are persecuted as "thoughtcrimes" by the Thought Police. The people are controlled by the elite, privileged Inner Party, whose cult-personality leader is referred to as Big Brother. And hey, the government even has its own invented language: Newspeak. Sound at all familiar?

The novel centers on Winston Smith, whose work with the Ministry of Truth (the department of propaganda and historical revisionism) entails rewriting newspaper articles to ensure history forever matches with the party line. Though he is an excellent revisionist, Smith secretly hates The Party and longs to rebel.

If the following quotes make you scared, good. If you finish this article furious and desperate, even better. Cherish these emotions, honor your anger, and let it propel you forward. Get active against the globalist onslaught of censorship.

“If you want a picture of the future, imagine a boot stamping on a human face—for ever.”

“Power is in tearing human minds to pieces and putting them together again in new shapes of your own choosing.”

“Doublethink means the power of holding two contradictory beliefs in one's mind simultaneously, and accepting both of them.”

"We are different from the oligarchies of the past in that we know what we are doing...The German Nazis and the Russian Communists came very close to us in their methods, but they never had the courage to recognize their own motives. They pretended, perhaps they even believed, that they had seized power unwillingly and for a limited time, and that just around the corner there lay a paradise where human beings would be free and equal. We are not like that. We know that no one ever seizes power with the intention of relinquishing it. Power is not a means it is an end."

“What can you do, thought Winston, against the lunatic who is more intelligent than yourself, who gives your arguments a fair hearing and then simply persists in his lunacy?”

“Don’t you see that the whole aim of Newspeak is to narrow the range of thought? In the end we shall make thoughtcrime literally impossible, because there will be no words in which to express it.”

"For if leisure and security were enjoyed by all alike, the great mass of human beings who are normally stupefied by poverty would become literate and would learn to think for themselves; and when once they had done this, they would sooner or later realize that the privileged minority had no function, and they would sweep it away. In the long run, a hierarchical society was only possible on a basis of poverty and ignorance.”

“There was truth and there was untruth, and if you clung to the truth even against the whole world, you were not mad.”

“If you can feel that staying human is worth while, even when it can't have any result whatever, you've beaten them.”

“To die hating them, that was freedom.”