THE TRUMP TRAIN ROLLS ON!


At no loss for energy, Donald J. Trump has taken America by storm as he resumes his grueling campaign schedule to make America great again the day after the first U.S. presidential debate.


Where is Hillary? Recuperating??

On this dark day in our nations history, September 11, 2016; the 15th anniversary of the greatest terror attack on the United States mainland, we remember those who have fallen. The globalists struck a blow to U.S sovereignty that day by ensuring that the war on terror and the war on our civil liberties would begin: never to end until the U.S. is taken down for good as a free and sovereign country. I pledge the following in memory of those who fell that day, September 11, 2001. 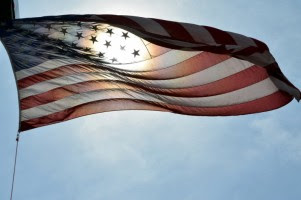 I stand for the American ideals of liberty, freedom, and justice for all through a jury of my peers.  I stand for free speech and the right to carry a side arm if I wish to defend my person and my family. I stand for the rights of every child not yet born.  I stand with Donald J. Trump, Alexander Emerick Jones, Joseph Farah, Michael Savage, and Matt Drudge(the new media) in defending these ideals, speaking truth in the face of globalist lies.

I stand for the overtaxed American who must work more than one job to pay his bills and support his or her family and for every American who cannot afford to pay their health insurance premiums set to double after Nov. 15th due to the disaster called Obama-Care.

I stand opposed to the socialist, progressive, global elites of Hillary Clinton, Barack Obama, Joe Biden, Barbara Boxer, Dianne Feinstein, Harry Reid, Henry Kissinger, David Rockefeller, George Soros, and Zbigniew Brzezinski who trample and denigrate the very ideals and rights that our sons and daughters paid ahead with their blood in foreign lands. I stand opposed to the party of the Klu Klux Klan.

I stand against the abomination of political correctness instituted by Obama and his globalist, progressive minions who use it as a weapon to silence and intimidate the American citizen to further the take-down of America by silencing dissent. I stand against the coming censorship of free speech by the Obama administration handing over control of the internet to the United Nations on October 1, 2016.

I stand opposed to the satanic inspired plan for a third world war by the globalist elite pitting North Korea and China against the United States and Europe against the Muslim countries of the Middle East.

I stand against the satanic inspired plan for a 10 kingdom world government through NAFTA and the TPP. I stand opposed to the aims and goals of the globalist, satanic inspired Council on Foreign Relations (CFR), the Trilateral Commission, and the Club of Rome(See map below)

Regarding the coming world government(10 kingdom confederation representing the fourth beast of Danial chapter 7),  Daniel states the following: "It had large iron teeth; it crushed and devoured its victims and trampled underfoot whatever was left. It was different from all the former beasts, and it had 10 horns." Daniel 7:7 NIV

In Revelation 17:12 we read: "The 10 horns you saw are 10 kings who have not yet received a kingdom, but who for one hour will receive authority as kings along with the beast... These are the 10 kings who will make up the Antichrist's world confederacy of nations." Tim Lahaye, Revelation Unveiled, (Grand Rapids, Michigan: Zondervan Publishing House, 1999) 263.

If you are not familiar with these topics then America as we know it will not survive this election.

We must humble ourselves as a nation and realize that for far to long we have let our politicians rule us and tell us what is right in the eyes of God. We have not paid the price of eternal vigilance required by our constitution to sustain the blood of liberty paid by our forefathers. As a result the Lord has given us what we as a nation deserve.

Unless we cry out to Him in prayer, become active standing up for our god given and constitutional rights, and change our lifestyle from being self absorbed to an outward focus, His blessing on America will be withdrawn. We have let our politicians change laws and elect unconstitutional judges to the Supreme Court that strip away our rights, our freedom, and our Christian Heritage. Where is the outrage? Where are the demonstrations in defense of constitutional rights? Instead the public is silent in the face of globalist aims and political correctness.

This must end if we are to survive as a free society!

You must awaken from your slumber and educate yourself on the satanic inspired plans of the global elite to destroy this country so that it can be melded into one kingdom(region) in the coming 10 kingdom(region) world system which will be ruled by the antichrist. All current events relate to this goal of world government and a universal world religion in some aspect.

Do not be deceived by the lying, bought and paid for globalist mainstream media.  Their aim is to distract you from the truth.

Wake up! oh sleeping giant! Let the voice of the silent majority come alive! Let it ring from shore to shore; across golden fields of grain and giant snow-capped  mountain peaks; let freedom, and liberty ring once again throughout the land!

LIVING IN THE AGE OF THE aNTICHRIST...ALARM BELLS!


Matthew 6:10, part of the Lord's Prayer, states in the authorized King James version of the Bible, "Thy kingdom come. Thy will be done in earth as it is in heaven." To the ocultist, and person of the New Age and the coming world religion "Thy kingdom come" has a far different meaning than it does for the "born again" Christian.

To the occultist: Thy kingdom come, thy will be done, on earth as it is in heaven: this verse eloquently echoes the Hermetic axiom, "As it is above, so it is below; as it is below, so it is above." It is our duty to try to bring the perfected spheres to the world below and to help lift matter into spirit. This is one meaning behind the symbol of Solomon's seal or the Star of David -- two interlacing triangles, one pointing up and the other down; the pyramidal one symbolizing the struggle to raise the material to the spiritual and the downward one signifying compassion reaching out from above.

When New Agers pray "thy kingdom come" as Alice Bailey has stated:


The objective of the new social order, of the new politics, the new religion is .... to bring in the Kingdom.....


We are at the very precipice of a New Age: The age of the antichrist.

And they worshiped the dragon(Satan) which gave power unto the beast(the antichrist): and they worshiped the beast, saying, Who is like unto the beast? who is able to make war with him? And there was given unto him a mouth speaking great things and blasphemies; and power was given unto him to continue forty and two months. And he opened his mouth in blasphemy against God, to blaspheme his name, and his tabernacle, and them that dwell in heaven. And it was given unto him to make war with the saints, and to overcome them: and power was given him over all kindreds, and tongues, and nations. And all that dwell upon the earth shall worship him, whose names are not written in the book of life of the Lamb(Jesus Christ) slain from the foundation of the world. If any man have an ear let him hear. He that leadeth into captivity shall go into captivity: he that killeth with the sword must be killed with the sword. Here is the patience and the faith of the saints. Revelation 13:4-10 KJV

This blog is not affiliated with www.christianobserver.org
Posted by steve at 9:41 AM No comments: