GREEKS SAY NO! TO FINANCIAL TERRORISM. 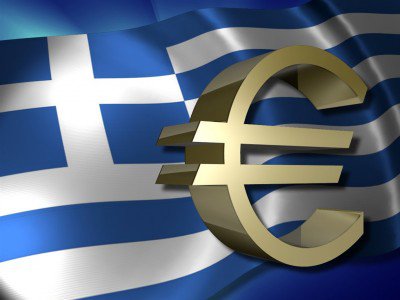 What the troika is doing to Greece these days is the pinnacle of financial terrorism. It is economic waterboarding. It is blackmailing of the first degree. These people are neoliberal fascists, putting the Greek government before a dilemma – ‘either you present us with an acceptable list of austerities, or we will prepare one for you’ – literally. An austerity plan you better accept, lest you may default and being expulsed from the European monetary union and maybe even the EU. That is their threat. That is what Brussels does to a brother; to one of theirs. There is not a shred of solidarity left in this miss-called ‘Union’.

‘No-Solidarity’ is the brand mark of Europe. It is depicted all over the map. Another glaring example is the EUs refusal to aid the trans-Mediterranean refugees, the victims of wars and conflicts inspired by Washington and carried out in full complicity with Europe – Libya, Syria, Sudan, Iraq, Egypt, Somalia, Central Africa, Yemen – and more.

In Greece the troika (European Central Bank (ECB), the European Commission (EC), and the International Monetary Fund (IMF) is applying a strategy of ‘reverse objectives’. The EU does not want Greece or any other member, no matter how weak economically, to leave the Eurozone. A Grexit may risk causing a chain reaction. By threatening to expulse they are inciting Greece to beg for mercy.

Earlier during these month long ongoing negotiations, Madame Lagarde, the Iron Lady of the IMF, the epitome of a marionette to the Masters of Washington, had the audacity to observe, I want to talk to adults, when she referred to obtaining a ‘better, more serious’ austerity plan. She is the personification of IMF supremacy.

Mind you, it is the IMF, the extended arm of the US Treasury that calls the shots in Brussels. The EU, acting as vassals, plays along in full ideological complicity. A socialist government in the EU cannot be tolerated; even less so as it hosts the key European NATO base. The Greek people are being penalized for having had the audacity to elect a socialist government – How dare they! – That’s the verdict.

It is however also amazing how adamant Mr. Tsipras and Syriza defend the idea of staying at all cost in the Eurozone. Why? – The Euro is doomed. The Euro is barely 15 years old. We all remember the happier times with our own sovereign national currencies. With the onset of the Euro, Europeans have become enslaved to predatory banking. Europe has surrendered its sovereignty to a bunch of monster mega banks, all linked to Wall Street.

In fact, the European Central bank (ECB) is not a real central bank, but a mere instrument of Wall Street. Mr. Draghi, the President of ECB, is a former Goldman Sachs executive. In other words, Goldman Sachs runs Europe’s monetary and economic policy.

The mystery remains – why commit suicide, economic suicide of an entire nation, by stubbornly clinging to a sinking ship – yes, the western monetary system with its dollar-based greed economy is doomed. It is only a question of time. All signs are on the wall.
READ MORE

A defiant Tsipras told 25,000 cheering supporters at Friday’s rally to “say ‘No’ to ultimatums and to turn your back on those who would terrorise you,” adding: “No one can ignore this passion and optimism.” 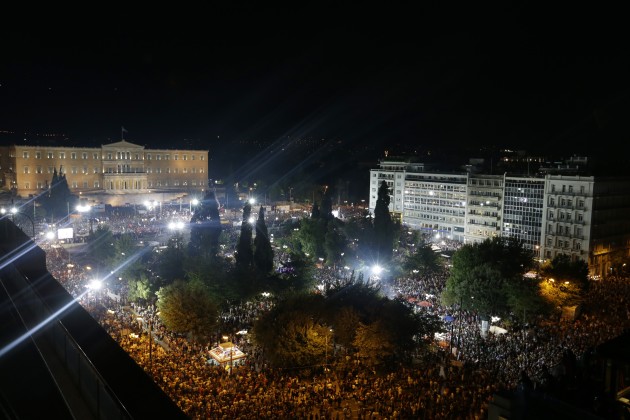 EPILOGUE
The Greek people are NOT STUPID and are willing to stand up to the economic blackmail put forth to them by Lady Lagarde of the IMF and the other troika members. As of Sunday evening, July 5 Greeks voted to reject demands for more austerity in exchange for rescue loans thumbing their noses at the IMF, ECB and European Commission(EC).

As the above article by Global Research indicates the economic situation in Greece will eventually heal if the Greek government will stop borrowing from the IMF, produce their own currency and nationalize the Greek banks.

Icelanders who also loved their economic freedom kicked the bankers out and arrested the ones responsible for their banking crisis.


VANCOUVER ( Silver Gold Bull) -- For approximately three years, our governments, the banking cabal, and the Corporate Media have assured us that they knew the appropriate approach for fixing the economies that they had previously crippled with their own mismanagement. We were told that the key was to stomp on the Little People with "austerity" in order to continue making full interest payments to the Bond Parasites -- at any/all costs.

Following three years of this continuous, uninterrupted failure, Greece has already defaulted on 75% of its debts, and its economy is totally destroyed. The UK, Spain and Italy are all plummeting downward in suicide-spirals, where the more austerity these sadistic governments inflict upon their own people the worse their debt/deficit problems get. Ireland and Portugal are nearly in the same position.

Now in what may be the greatest economic "mea culpa" in history, we have the media admitting that this government/banking/propaganda-machine troika has been wrong all along. They have been forced to acknowledge that Iceland's approach to economic triage was the correct approach right from the beginning.

What was Iceland's approach? To do the exact opposite of everything the bankers running our own economies told us to do.(Emphasis mine ...ed.) The bankers (naturally) told us that we needed to bail out the criminal Big Banks, at taxpayer expense (they were Too Big To Fail ). Iceland gave the banksters nothing.

The bankers told us that no amount of suffering (for the Little People) was too great in order to make sure that the Bond Parasites got paid at 100 cents on the dollar. Iceland told the Bond Parasites they would get what was left over, after the people had been taken care of (by their own government).

JUST SAY NO TO THE MONEY CHANGERS! FREEDOM YET RINGS IN A FEW PLACES AROUND THE WORLD.

WILL THE AMERICAN PEOPLE RESIST WHEN THE MONEY CHANGERS COME CALLING; BLACKMAILING CONGRESS AGAIN for the next bailout? (REMEMBER TARP?)


"History records that the money changers have used every form of abuse, intrigue, deceit, and violent means possible to maintain their control over governments by controlling money and it's issuance." James Madison.

The biblical view of the moneychangers from the word of God.


And making a whip of cords, he drove them all out of the temple, with the sheep and oxen. And he poured out the coins of the money-changers and overturned their tables. John 2:15 ESV.

"If the American people ever allow private banks to control the issue of their currency, first by inflation, then by deflation, the banks…will deprive the people of all property until their children wake-up homeless on the continent their fathers conquered…. The issuing power should be taken from the banks and restored to the people, to whom it properly belongs." – Thomas Jefferson in the debate over the Re-charter of the Bank Bill (1809)

Bravo for the Greeks!