THE TRUTH WILL SET YOU FREE!

"When a well-packaged web of lies has been sold gradually to the masses over generations, the truth will seem utterly preposterous and its speaker a raving lunatic."---Donald James Wheal, British novelist and scriptwriter who wrote under the pseudonyms, Donald James and Thomas Dresden.

"This is exactly how countries fall to authortarianism, because if they can intimidate us, shut us down, and defame us, they can defame anybody."--- Alex Jones, well known radio and internet talk show host regarding intimidation and harassment by other media and various government agencies.

"Under the intellectual warefare doctrine that we saw in the Soviet Union and now being utilized in the United States on a much larger scale, groups that value God, morals, and personal rights are now being targeted in the sniper sights of globalism."--- Infowars, The Magazine. Vol. 2, Issue 1, Sept. 2013, p. 41.


Epilogue
Will you stand up for your constitutional rights? 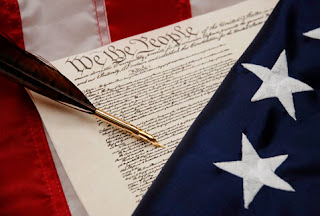 The Future Of Our Country Depends On It!
TheChristianObserver.blogspot.com
This blog is not affiliated with www.christianobserver.org.
Posted by steve at 3:44 PM No comments:

In the title link which I have provided to the article discussing three world wars; I predicted, based on my research of New Age literature in the years prior to 2003, that the third world war would occur in the 2006 to 2012 time frame. Please keep in mind that I wrote the article 10 years ago and obviously the war has not occurred to date. Their plans change based on new advances in technology and which crisis they can create to further their shorter term goals.

Many technological advances have occured over those ten years. The plan still exists and will occur, but the conspirators are behind schedule. I will not predict a future day since that is impossible to know unless you are one of the inner group of international financiers, and globalist politicians involved in occult groups where these topics are discussed.(The Council on Foreign Relations (CFR), The Bilderburg Group, The Carlyle Group, The Club of Rome, The Trilateral Commission to name a few).

I will says this. It will occur because the whole globalist movement is driven at it's core by corruption, greed and an insatiable lust for power and control. Eventually power over every living being on planet earth requiring a Mark to buy or sell. As Christians we know who is ultimately responsible. If you don't know; read the book of Revelation in the Holy Bible.

Lindsey Williams has high level sources (i.e. those privy to secret plans)that predicted the turmoil in the Middle East six months before it started to occur. He has stated that turmoil and upheaval in Libya, Egypt, Syria and ultimately Saudi Arabia are all part of the master plan to destabilize the region by installing radical Muslim groups in each country that are anti-Western in philosophy and anti-Christian in religion in preparation for an attack on all Christians living in the region and eventually Isreal.

This radicalization, first of the governments, then of the population of each of the afore-mentioned countries feeds on religous hatred which is needed to spawn conflict and war. Ultimately this radicalization will result in World War 3 with the whole region blowing up, pitting Muslims against all Jews and Christians. That is the occult master plan.


EPILOGUE
And now you know the rest of the story.


TheChristianObserver.blogspot.com
This blog is not affiliated with www.christianobserver.org.
Posted by steve at 10:30 PM No comments: