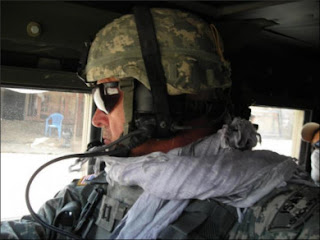 On Saturday, retired United States Army Captain Terry M. Hestilow publicly voiced grave concerns over the Department of Homeland Security’s absurd acquisitions, posting a letter he sent to Sen. John Cornyn (R-TX) on Facebook labeling the Obama administration’s recent appropriation of weapons a "bold threat of war" against citizens of the United States of America. Below is the letter that he sent to Senator John Cornyn, State of Texas.


Dear friends, the following is a copy of my correspondence with Senator Cornyn concerning the arming of the DHS for war against the citizens of our nation. You are each encouraged to copy and properly amend this letter to send to your own senators and members of the U.S. House.

Part of that proper response is sending them a letter like this from YOU, and following it up to make sure it remains a "hot button" issue that must be resolved. God bless you as you honor your oaths and your obligations as citizens of this free nation. May we once again know honorable leadership and peace at home. With all sincerity and respect--Resolved, Captain Terry M. Hestilow, United States Army, Retired.

Re: Department of Homeland Security (DHS) and that agencies preparation for war against citizens of the United States of America.

It is with gravest concern that I write to you today concerning the recent appropriation of weapons by the Department of Homeland Security (DHS) that can only be understood as a bold threat of war by that agency, and the Obama administration, against the citizens of the United States of America. To date, DHS has been unwilling to provide to you, the elected representatives of the People, justification for recent purchases of almost 3,000 mine-resistant ambush-protected (MRAP) armored personnel carriers, 1.6 billion rounds of ammunition (with associated weapons), and other weapons systems, when, in fact, the DHS has no war mission or war making authority within the limits of the United States of America.

"We cannot continue to rely only on our military in order to achieve the national security objectives that we’ve set. We’ve gotta (sic) have a civilian national security force that’s just as powerful, just as strong, just as well funded [as the United States military]"--Candidate Barack Obama, 2008.


the Obama administration is deliberately defunding, overextending, and hollowing the Department of Defense; the only legitimate agency of the U.S. government with a war mission.

This act of the Obama administration stands as a glaring threat of war against our nation’s citizens! This act of the Obama administration can only be understood as a tyrannical threat against the Constitution of the United States of America! If left unresolved, the peace loving citizens who have sworn to defend the United States Constitution “against all enemies, both foreign and domestic” are left no option except to prepare to defend themselves, and the U.S. Constitution, against this Administration’s “coup” against the People and the foundations of liberty fought for and defended for the past 238 years. We have no choice if we honor our oaths.

The only proper response to this threat against the American people is for the representatives of the People, the members of the U.S. House and Senate, to demand in clear terms that the Administration cannot ignore, that the Department of Homeland Security immediately surrender their newly appropriated weapons of war to the Department of Defense (DoD). Further, since the DHS has assumed a position in the Administration to enforce the tyrannical acts of this president against the People of the United States against the limits of the United States Constitution, it remains for the United States Congress to exercise its limiting power in the balancing of powers established by our founding fathers, to disestablish and dissolve the DHS as soon as possible. One needs only to look to the rise of Adolf Hitler, and his associated DHS organizations, the SA and the SS, of 1932-1934, to see the outcome of allowing an agency of government this kind of control over the free citizens of a nation. The people of Germany could not have imagined, until it was too late, the danger of allowing a tyrant this kind of power. We must not be so naïve as to think it will not happen to us as well if we remain passive toward this power grab by the Marxist Obama administration!

Finally, for more than two centuries the nation has lived in peace at home because of the protections of our legitimate military and the many appropriate state and federal law enforcement agencies, supported by Constitutional courts. We stand today at a cross-road. Will we allow this present Administration to overthrow our United States Constitution and its legal processes to amend injustices, or, will we honor our obligations to defend the Constitution against a “domestic” enemy? Our Constitution lays out the proper methods of resolving our differences; and it does not include its overthrow by a rogue agency of a Marxist leadership at home. You, sir, are our constitutionally elected agent to defend our Constitution at home. We are counting upon you. We remain aware, however, of this present threat and will not expose ourselves as an easy prey to the authors of the destruction of our nation.

I know that this letter demands much of you. We elected you because we, the citizens of the State of Texas, believe that you are up to the task at hand and will, against all threats, honor your oath and office. We are also writing to your fellow members of the House and Senate to stand in integrity with the Constitution and against this present threat by the Obama administration and his DHS.

We refuse to surrender our Constitution or our nation! 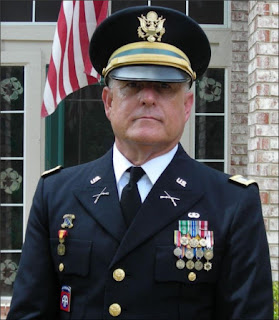 The retired Army Captain’s message follows another letter penned by 15 Congressmen earlier in the week to the DHS asking if the ammo purchases were part of an effort to strategically deny American people access to ammunition.

"The extraordinary level of ammunition purchases made by Homeland Security seems to have, in states such as my own, created an extreme shortage of ammunition to the point where many gun owners are unable to purchase any," California Congressman Doug LaMalfa wrote in the letter.

Concerns that the DHS is engaged in a domestic arms buildup against the People have also been echoed by notable political figures and such mainstream publications as Forbes Magazine, who earlier this month called for a "national conversation" on the topic.

Former Alaska Governor Sarah Palin was recently portrayed by media as a "conspiracy theorist" after she posted a remark on Facebook warning that imminent financial collapse could be the reason "why the Feds are stockpiling bullets in case of civil unrest."

Similar concerns were also recently made public by Fox Business host Lou Dobbs when he asked NRA president Wayne LaPierre, during his March 4 broadcast, about the bizarre solicitations.

As an overwhelming number of Americans grow distressed over the curious purchases, mainstream media agencies, such as the Associated Press,Politico, Media Matters, and the Atlantic Wire, have frantically tried to tamp down speculation of a threat to civil liberties, refusing to conduct actual research into the subject and instead regurgitating superficial explanations issued by government officials.

A recent report that the DHS holds a $2 million contract with a firing range target manufacturer that produces shooting targets of armed pregnant women, children and elderly gun owners depicted in residential settings, has also not helped suppress speculation.

Despite numerous pleas to address the matter, the DHS has yet to issue a plausible explanation as to why they have apparently been building up a veritable ammunition and firearm stockpile domestically – purchasing profane amounts of riot gear, armored military vehicles, bulletproof checkpoints, and some 7,000 fully automatic assault rifles – and still refuses to answer questions from citizen journalists and multiple elected representatives.


And finally let us not forget the activation of the civilian internal interment camps in late 2011 by Halliburton subsidiary KBR.

"A well regulated militia being necessary to the security of a free state, the right of the people to keep and bear arms, shall not be infringed."..The Second Amendment to the United States Constitution.


TheChristianObserver.blogspot.com
This blog is not affiliated with www.christianobserver.org.
Posted by steve at 2:46 PM

Anonymous said...
This comment has been removed by a blog administrator.
10:25 PM

Anonymous said...
This comment has been removed by a blog administrator.
9:02 PM