COME AND TAKE IT! 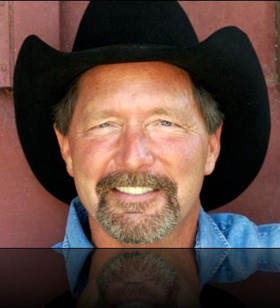 Steve Vaus is a musician, writer, producer and Grammy award winner who has worked with musical legends that include Willie Nelson, Billy Ray Cyrus, and Kenny Loggins.

In January, responding to the latest assaults on our Second Amendment, Vaus composed and produced "Come and Take It," a ballad that takes aim at those who would strip Americans of their right to bear arms.

"We want the freedom that God gave us," the lyrics declare, "so you best not cross that line. If you want this gun you gotta to come through us and take it, one shot at a time."

The slogan, "Come and take it," became the battle cry and banner of the Texas Revolution after the 1835 Battle of Gonzalez, in which Texans defied the Mexican government’s demand to return a cannon that had been given them for self-defense. Rather than surrender the cannon to Mexican dragoons, Texans stormed the Mexican camp and drove the soldiers away.(WND)

When Vaus contacted various local and national media outlets in an attempt to air his song as a way to counter the Hollywood and Washington media blitz targeting gun owners, he was denied.

"Clear Channel refused to allow me to buy time on all of their DC area stations," said a frustrated but undeterred Vaus.

"On the TV side, the video version has been refused by the two major cable TV carriers in DC – Comcast and ViaMedia. Finally I have attempted to buy time on MSNBC nationally and they have been unresponsive."

Here is the video that the mainstream media and DC politicians don't want you to see:

"Come and Take It"

The very same media that deny Mr. Vaus a voice about a key piece of American history that’s relevant to a heated national conversation have no qualms about playing commercials depicting adults having an intense 'make-out session' during prime time sporting events while families and their children watch on with discomfort and disgust. Likewise, the media will happily play commercials that involve Hollywood celebrities and DC politicians who are calling for what essentially amounts to nothing short of supplanting the 2nd Amendment.

Vaus also points out that, while his requests for paid airtime have been denied, Congresswoman Gabby Giffords purchased and was allotted TV time for her anti-gun spot that bookended the President’s State of the Union address, and progressive propaganda machine MoveOn.org has been given widespread national airtime for their latest gun control campaign titled The NRA doesn’t Speak for Me.

Given the brick walls facing Mr. Vaus at every turn, it should be clear that the media is complicit in silencing the voices of millions of Americans who support gun ownership. In his State of the Union address President Obama suggested that there is overwhelming support for gun control in this country. So, too, is there overwhelming support for gun rights, something you wouldn’t know if your only avenue for news and entertainment was your local cable TV provider or radio station.

As evidenced by Mr. Vaus' experience, any voice contradicting the official narrative is silenced.

Except mine of course who will not bow to "political correctness" to allow the occult globalists to present a one-sided view supporting abolition of my second amendment right to defend myself and my family from criminals or government tyrrany.


The President and D.C. politicians can fly around in their tax payer funded jets to attend political functions advocating gun control on our dime, yet Steve Vaus can’t buy time, with his own money, for a pro-Second Amendment spot supporting one of America's most fundamental Constitutional protections.


EPILOGUE
It is not the pictures of the cannons or the O/U shotgun bore that scares the globalists–its the fact that gun-owners are angry and motivated. That is why Homeland Security and other government agencies have stocked up, buying more than 1.6 billion bullets (and counting) in recent months. That’s enough ammo for FIVE BULLETS PER HEAD in the American population. Are they planning a war on the American people?

The alignment of mass quantity bullet purchases coincides with government contingency plans for containing civil unrest in the event of economic collapse, mass-scale terrorism, civil war or widespread natural disaster. Any one of these scenarios could destabilize society, but government would have enough ammunition to wage a 30-YEAR WAR against Americans, or presumably, to keep the population in line under martial law occupation.


Let's not let the one worlders's and political psycopaths get their dream pictured below.
It was out of the barrel of a gun that this nation won it's hard fought freedom against the imperial British. Let us never forget! 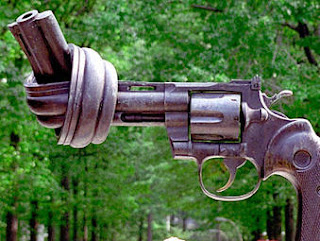 TheChristianObserver.blogspot.com
This blog is not affiliated with www.christianobserver.org.
Posted by steve at 4:51 PM

SPAM IS NOT ALLOWED!

We reserve the right to remove any comments containing promotions of other products or services unless it relates specifically to the subject matter of the article at our descretion. --Aministrator