In the following interview, Alex Jones interviews Joel Skousen. Joel is a political scientist, by training, specializing in the philosophy of law and Constitutional theory. Joel was raised in Oregon and later served as a fighter pilot for the US Marine Corps during the Vietnam era prior to beginning his design firm specializing in high security residences and retreats. Joel publishes a newsletter entitled, WORLD AFFAIRS BRIEF.


The immediate globalist goal is to increase hatred for the Western Nations by the Muslim populations of the Middle East. The globalists (primarily the predatory international banking cartel composed of the Rockefellers, Rothschilds and black nobility of Europe) will do this by instigating uprisings to overthrow Western backed heads of state in various Middle Eastern Muslim countries such as Mabarak in Egypt. Kidafi in Libya and Assad in Syria.

This will lead to the installation of radical Muslim extremists in these countries which will agitate for a larger Middle East War against the Western powers. Muslim extreemism will be hyped as the number one problem threatening the Western powers domestically and in the Middle East. The globalist will use this as religious war to mask the military buildup of Russia, China and to let North Korea alone.

Syria has proved a tough nut to crack, so the attack on Iran by Isreal has been delayed until 2013 to allow for the overthrow of Assad in Syria. The Syrian military must be taken down to eliminate the retaliatory threat to Isreal before Iran is attacked.

Russia was just given large amounts of financial aid by the western powers to modernize their nuclear weapons production plants. Russia just closed these facilities to international weapons inspectors as soon as the facilities were modernized.

China is building a deep water Navy to challange the hegemony of the United States in the Western Pacific. They are building aircraft carriers for this purpose. They seek to control Japan, Tiawan, Indo-China and Australia.

When Russia completes rearming in 8-10 years and China has built it's Navy to control the Western Pacific region as far south as Australia, North Korea will invade South Korea.

The Western powers will use tactical nuclear weapons to try and prevent a mass slaughter of Western troops maintaining security in South Korea when the invasion occurs.

North Korea will threaten to hit the U.S. with intercontinental nuclear ballistic missiles. China will back North Korea against the Western Powers and will side with a rearmed Russia against the United States.

A nuclear ICBM strike against the American military within the United States by Russia and or North Korea may be needed to make the American population accept the terms of a peace agreement with the communist New World Order that emerges out of the ashes of the third world war.

WORDS OF WISDOM FROM YEARS GONE BY

May we each humble ourselves, turn from sin, and call upon the Almighty to guide this once great nation back from the precipace; to a bright new beginning and more promising future once again. May our Lord and and Saviour, Jesus Christ bless you during this troubled time in our nation's history.

THE CHOICE IS CLEAR! 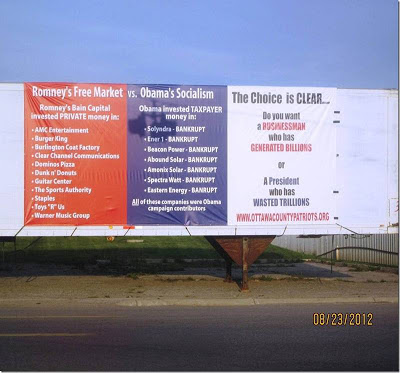 VOTE FOR THEIR FUTURE!