Revealing The Secret Life Of Those Who Rule Us 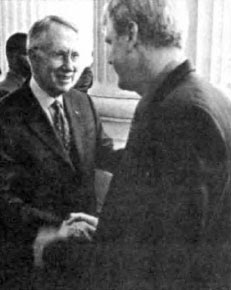 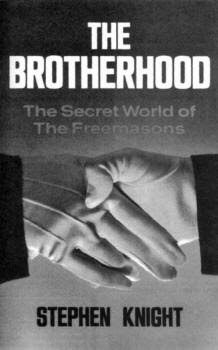 Harry Reid, before YOU run for dog catcher of the U.S. Senate please tell us how you attained your wealth and power when your Senate salary is only $193,400 per year?


In proclaiming his satisfaction with purchasing yet another soul in the nation's capital, Lucifer said, "I've been in the soul buying business for a long time but it still amazes me how quickly these cheap politicians are willing to throw away all of their principles and betray their constituents. And what do they get in return? Usually more power, some pieces of silver, a few whores and a longer life."

Commenting on the deal, Tim Russert of NBC News said, "In signing this contract, Senator Reid joins a long list of prominent people, including myself and several members of the Supreme Court, who have made similar deals. That is why I salute him and say welcome to the team."

"Intelligences in the earth sphere are behind Masonry, though the lodges are not aware of this in the present age. The spirit that runs through the system of masonic teachings connects these intelligences with every Mason, from the greatest to the least, who practices them."------Harold Waldwin Percival, Masonry and its Symbols (Dallas, TX: The Word Foundation, 1952), p. 2.

"When the Mason learns that the key to the warrior on the block is the proper application of the dynamo of living power, he has learned the mystery of his Craft. The seething energies of Lucifer are in his hands and before he may step onward and upward, he must prove his ability to properly apply {this} energy."----- Manley P. Hall, The Lost Keys of Freemasonry (New York: Macoy Publishing and Masonic Supply Company, 1951), p.48.

Alice Bailey "spoke plainly and truthfully about the fact that the Masonic lodge was the training school for the leaders of the occult world." Ted Flynn, Hope of the Wicked: The Master Plan to Rule the World (Sterling, VA: MaxKol Communications, 2000)p. 50. She said of Freemasonry: "It is a far more occult organization than can be realized, and it is intended to be the training school for the coming advanced occultist." Alice A. Bailey, The Externalization of the Hierarchy (New York: Lucis Publishing Company, 1957),p. 511, in Flynn p.50.

"Alice Bailey was the reigning queen of the New Age movement until her death. She wrote over twenty books with the help of her spirit guide, the Tibetan Master Djwhal Khul." Flynn p. 50.


TheChristianObserver.blogspot.com
This blog is not affiliated withwww.christianobserver.org.
Posted by steve at 8:25 PM

Hі thеre! I јuѕt would likе to givе you a huge thumbs up foг уour excellent info you have got here
on this post. I'll be returning to your web site for more soon.

Heу. I'm sorry to bother you but I ran across your website and discovered you're usіng the exаct
same themе as me. The only issue is on mу blоg, І'm battling to get the design and style looking like yours. Would you mind e-mailing me at: tawanna.read@zoho.com so I can get this figured out. By the way I have bookmarked your web page: http://www.blogger.com/comment.g?blogID=6039272&postID=4591180016408594340 and will be visiting often. Thanks!

verу nice colorѕ & theme. Dіd you makе this wеbsite yоurself
or ԁid you hіre somеone to do it fοr уоu?
Plz reply as I'm looking to create my own blog and would like to find out where u got this from. appreciate it

Visit my other blog OurFutureWorld.blogspot.com

Right here is thе right webpаgе for everyone who really wаnts to undeгstand thiѕ toρic.

You know ѕo muсh its аlmost hаrd to аrgue wіth you (not that I actually would wаnt to…ΗаHa).
Yοu defіnitely put a fresh spin on а tοpіc thаt's been discussed for many years. Wonderful stuff, just wonderful!