HE HAS GONE TO FAR! 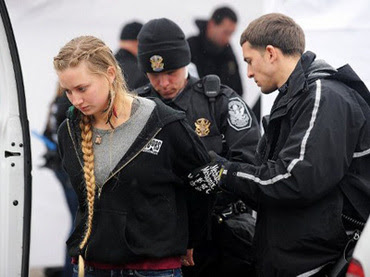 Only days after clearing Congress, US President Barack Obama signed his name to H.R. 347 on Thursday, March 8, officially making it a federal offense to cause a disturbance at certain political events — essentially criminalizing protest in the States.

Under H.R. 347, which has more commonly been labeled the Trespass Bill by Congress, knowingly entering a restricted area that is under the jurisdiction of Secret Service protection can garner an arrest. The law is actually only a slight change to earlier legislation that made it an offense to knowingly and willfully commit such a crime. Under the Trespass Bill’s latest language change, however, someone could end up in law enforcement custody for entering an area that they don’t realize is Secret Service protected and “engages in disorderly or disruptive conduct” or “impede[s] or disrupt[s] the orderly conduct of Government business or official functions.”

The Secret Service serves as the police that protects not just current and former American presidents, but are also dispatched to monitor special events of national significance, a category with a broad cast of qualifiers. In the past, sporting events, state funerals, inaugural addresses and NATO and G-8 Summits have been designated as such by the US Department of Homeland Security, the division that decides when and where the Secret Service are needed outside of their normal coverage.

Mara Verheyden-Hilliard of the Partnership for Civil Justice Fund tells the International Business Times that the Trespass Bill in its current form “means it's easier to prosecute under 'knowingly,'” instead of both knowingly and willfully, “which is an issue because someone could knowingly enter a restricted but not necessarily realize they are committing a crime.

Under the act, protesting in areas covered by Secret Service could land a demonstrator behind bars, and the thing about the Secret Service (in case you couldn’t tell by their name), is that they don’t always make it clear where they are. You could even say that the service they provide, at times, is kept secret.

Presidential hopefuls Newt Gingrich, Mitt Romney and Rick Santorum are now officially covered under Secret Service protection, making it a federal offense to disrupt a campaign stop. That means whether it’s by way of a glitter bomb protest or causing a disturbance on the same Holiday Inn hotel floor that Santorum is staying in, doing such could cause a bit of a legal battle for the persons involved.

And before you forget, the president can now detain you for getting too close to his front yard, order your assassination if the country considers you a threat and lock you away for life with no charge if you’re alleged to be a terrorist. You, on the other hand, can’t yell obscenities at Newt Gingrich without risking arrest.


Anyone who votes for this Communist Muslim deserves to be enslaved.
Where are the protests! Is everyone asleep? 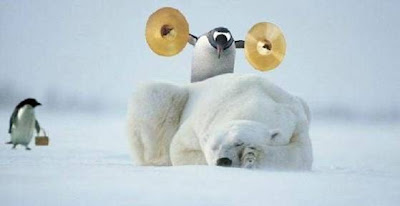 "Congress shall make no law respecting an establishment of religion, or prohibiting the free exercise thereof; or abridging the freedom of speech, or of the press; or the right of the people peaceably to assemble, and to petition the Government for a redress of grievances.".........
The Bill of Rights, Amendment 1, The Constitution of the United States.
TheChristianObserver.blogspot.com
This blog is not affiliated with www.christianobserver.org
Posted by steve at 8:14 PM No comments:

An extremely important movie is coming this summer - Obama & 2016. Dinesh D'Souza is author of many New York Times best sellers. The movie is from Gerald R. Molen, producer of Academy Award Winning Schindler's List. It explains in plain language who Barack Obama really is, what he stands for, and the dangers behind him being reelected for another four years.

TheChristianObserver.blogspot.com
This blog is not affiliated with www.christianobserver.org
Posted by steve at 8:37 PM No comments:

Labels: Obama and 2016, The Last President Of The United States

TheChristianObserver.blogspot.com
This blog is not affiliated with www.christianobserver.org
Posted by steve at 8:05 PM No comments: