THE ILLUSION OF FREEDOM 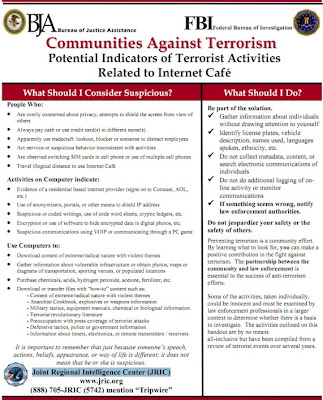 Did you pay cash for that cup of coffee?
Do you use/ sign onto Comcast or AOL to read your email?

Then according to the FBI you are considered a terrorist.

Did you notice that drone flying over your house? 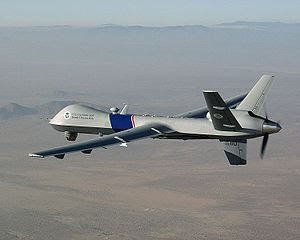 Department of Homeland Security plans to spend up to $50 million dollars on a spy system that has been used to hunt insurgents in Iraq and Afghanistan for the purposes of "emergency and non-emergency incidents" within the United States.

Last summer, the Department of Homeland Security gave the green light for police departments in the United States to deploy the ShadowHawk mini drone helicopter(shown in the video below) that has the ability to taze suspects from above as well as carrying 12-gauge shotguns and grenade launchers. The drone, also used against insurgents in Afghanistan and Iraq, is already being used by the Montgomery County Sheriff’s office in Texas.

The police state is not coming: It's already here!
The State Has Declared War On The American People
With the announcement that 30,000 drones are expected to fill American skies within ten years, the U.S. government has officially declared war on the American people, turning to technology normally used to hunt down insurgents abroad as the whole arsenal of the war on terror is re-focused domestically.

All this serves to underscore the fact that the American people have now been targeted as the number one terror threat in the eyes of the authorities. The state has declared war on U.S. citizens. Not only will they be subject to surveillance and intimidation campaigns, but with the recent passage of the indefinite detention provision of the NDAA, the government has afforded itself the power to hold Americans without trial. 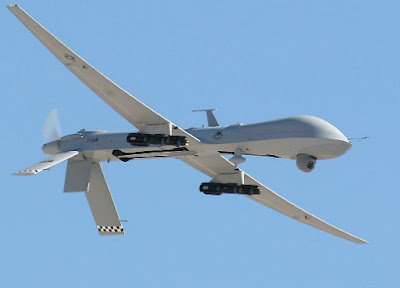 Welcome to the New World Order!
Globalist Campaign Calls for Abolishment of Constitution
NEVER, EVER TRUST THE GOVERNMENT!

Epilogue
"And it was given unto him to make war with the saints, and to overcome them: and power was given him over all kindreds, and tongues, and nations." Revelation 13:7 Holy Bible KJV.

TheChristianObserver.blogspot.com
This blog is not affiliated with www.christianobserver.org
Posted by steve at 6:55 PM