IT IS ALL ABOUT CONTROL 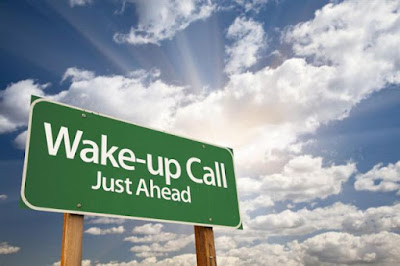 "For the first time in human history almost all of humanity is politically activated, politically conscious and politically interactive… The resulting global political activism is generating a surge in the quest for personal dignity, cultural respect and economic opportunity…

Co-Founder of the Trilateral Commission

Member, Board of Trustees, Center for Strategic and International Studies
Epilogue
The elite as stated by Zbigniew Brzezinkski recognize that their ability to control the American population is at a historic low. The Internet has replaced the the major media outlets CNN, Fox News, ABC, NBC, CBS as the best source of unbiased news. The major media news outlets are dinosaurs waiting to die. The elite know this but their ability to control the news(propaganda) is being circumvented by the Internet which is getting harder to control with the new technologies allowing any one to upload video content and post commentary. Any one can literally make the news. It does not have to come through the major news media outlets which interpret the news to promote the globalist one world viewpoint.

This is why they have introduced legislation to throttle and control content on the Internet including registration of all content producers.

The new weapons being developed by the US military and Israel will be used as force multipliers to allow the elite to maintain control through brute force because they lack the numbers to control the armed population as it starts to awaken from it's slumber.

This is the reason for drills with scenarios that include herding Americans into foot ball stadiums for mass control, stationing TSA agents at train stations and bus terminals, employing drones to spy on Americans to learn their daily travel patterns, using satellites employing "gait recognition" to identify "persons of interest" and use of new military weapons such as tasers, microwave(MEDUSA), and ultrasound devices to shock, fry, choke and render innocent Americans helpless in the face of an out-of-control elite.

This is the reason for shredding the U.S. Constitution and Bill of Rights with recently passed legislation such as the Uniting and Strengthening America by Providing Appropriate Tools Required to Intercept and Obstruct Terrorism Act, known otherwise as the Patriot Act, the Domestic Security Enhancement Act of 2003, known otherwise as Patriot Act II, the US Military Commissions Act of 2006, The National Defense Authorization Act of 2011.

Yes, despite the fact that President Obama stated that he would not sign The National Defense Authorization Act of 2011 with provisions targeting Americans as "terrorists", he did sign it on Saturday, December 31, New Years Eve, 2011. Thank you Mr. Obama for such a wonderful New Years gift!

This is why the government recently put out bids for hiring internment specialists and staffing up internment facilities on many former mothballed military facilities. This is why Obama signed the latest Defense Authorization Act allowing incarceration of Americans indefinitely without trial on any suspicion as determined by the globalist elite.

This is why Ron Paul is gaining momentum. Because he is resisting their globalist one-world ideas. The global elite are scared to death that he will awaken a sleeping giant (the American population) which once aroused will be almost impossible to control.

The name of the game is control. Control the Republican and Democratic parties so that only globalists with one world viewpoints are selected as the presidential candidates. Frame the presidential debates so that anyone questioning the basis for the status quo is ridiculed, ostracized and marginalized. Ron Paul.

The propaganda masters now are proposing counting ballots in the Iowa caucuses in secret so that they will determine the outcome. It is not serving the will of the people. It is all about controlling the process to promote the globalist candidates and not give the American people their choice.

IT IS ALL ABOUT MAINTAINING CONTROL AT ANY COST!
You must realize that this a coordinated effort involving 535 Republicans and Democrats being driven by an evil force that coordinates their actions to achieve total domination of the US population.

"For God hath put in their hearts to fulfil his will, and to agree, and to give their kingdom unto the beast, until the words of God shall be fulfilled." Revelation 17:17 KJV

"And the devil said unto him, All this power will I give thee, and the glory of them: for that is delivered unto me; and to whomsoever I will, I give it.

TheChristianObserver.blogspot.com
This blog is not affiliated with www.christianobserver.org
Posted by steve at 9:39 PM