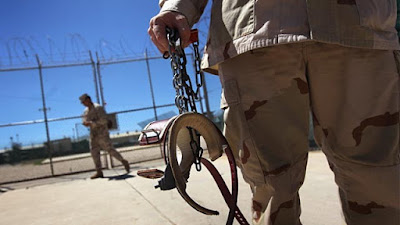 Senate bill 1867 in the US Congress called the National Defense Authorization Act, a provision of which would empower the U.S. military to operate on American soil, arrest American citizens and cart them off to detention centers anywhere in the world could be voted on as early as Thursday, December 1. This bill gives the president the authority to indefinitely imprison American citizens without a court hearing, both domestically and abroad. Senate Bill 1867 is bringing the battlefield to the homeland. Alex Jones, radio host of The Alex Jones Show, tells us what this could mean for America’s future.

After the failure yesterday of an amendment that would have weakened Section 1031 of the NDAA bill, which would turn the entire "homeland" into a battlefield and allow the military to arrest individuals accused of being terrorists and detain them indefinitely without trial, the Senate voted 88-12 today to limit debate on the legislation, clearing it for passage tomorrow.

"A final vote on the bill could come as early as Thursday," reports the Associated Press.

The provision was hashed out in secret by Senators Carl Levin and John McCain. Lindsay Graham, a supporter of the bill, explained that it would, "basically say in law for the first time that the homeland is part of the battlefield" and people can be imprisoned without charge or trial "American citizen or not."

Republican Congressman Justin Amash called the provision of the bill, "one of the most anti-liberty pieces of legislation of our lifetime," adding that the language had been "carefully crafted to mislead the public" in that the proposed law "does not preclude U.S. citizens from being detained indefinitely, without charge or trial, it simply makes such detention discretionary."

Amash has been joined in his opposition to the bill by Kentucky Senator Rand Paul, who introduced an amendment to strike Section 1031 from the legislation altogether. When Paul confronted McCain on the provision earlier this week, McCain confirmed that it would apply to American citizens accused of being terrorists.

Paul warned yesterday that the passage of the bill could see U.S. citizens arrested on American soil and sent to Guantanamo Bay.

Although the Obama administration has threatened to veto the bill, some observers believe Obama would rather avoid a political hot potato and sign it into law anyway.

"He has said he will. Whether he will is a difficult question because, politically, it’s difficult to veto a defense spending bill that 680 pages long and includes authorization to spend on a whole range of military programs," Daphne Eviatar, Senior Associate, Human Rights First’s Law and Security Program, told Democracy Now.

Appearing on Napolitano’s Fox Business show, Paul said it perplexed him "how anyone could vote to send an American citizen who’s been accused of a crime to a detention center in a foreign land without due process".

Paul offered an amendment to the NDAA bill which would have completely striped Section 1031 from the legislation. Today this was voted down, following yesterday’s rejection of Senator Mark Udall’s weaker amendment that would have merely provided more oversight.

The Senator said that he had spoken with other Republicans who had pointed out the numerous instances where the Constitution specifically mentions the right to a speedy trial, habeas corpus and legal due process, all of which would be completely eviscerated with the passage of the ‘indefinite detention’ provision of the National Defense Authorization Act.

Republican supporters of the bill are citing Supreme Court cases to justify the provision that don’t even validate their argument. As Napolitano pointed out, even a saboteur for the Nazis during World War II was allowed to have a trial because he was an American citizen and had innate rights that could not be stripped away.

Napolitano also makes the point that this is merely an act of codifying into law what previous Presidents violated the Constitution to do anyway, specifically under the "parallel legal system" initiated under the Bush administration, "In which terrorism suspects — U.S. citizens and noncitizens alike — may be investigated, jailed, interrogated, tried and punished without legal protections guaranteed by the ordinary system," as the Washington Post reported in December 2002.

"I wonder how Americans will feel when they see troops in the streets on a regular basis, something no one now living has seen since it ended the last time in 1876," said Napolitano, referring to how the bill characterizes the whole of America as a "battlefield" in which U.S. troops can freely operate and arrest American citizens.

Republican Congressman Justin Amash, another vehement critic of the bill, also appeared on Judge Napolitano’s show last night to warn that the provision in the bill would inflict the same tyranny on Americans as under King George over two centuries ago.

"This country was built upon the idea of liberty and if we are fighting terrorism but destroying liberty in the process we’re not really accomplishing the goal of defending this country….American citizens should never be detained indefinitely without charge or trial at the discretion of the President – that is completely outrageous and my constituents agree with me," said Amash.

Amash added that it would be a "travesty" to see the military engaged in law enforcement because that is "what our founders fought against" during the revolutionary war.

This blog is not affiliated with www.christianobserver.org
Posted by steve at 9:55 PM 25 comments:

OUT OF CHAOS COMES A NEW ORDER 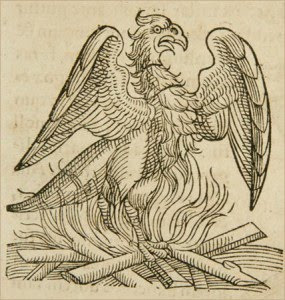 There are deep and hidden occult forces behind the sweeping changes taking place in Europe right now. Certain critical turns in the road of history have remained unknown to the public - intentionally. This is one of those critical turns.

According to Harvard professor emeritus Carroll Quigley, author of the land mark book Tragedy and Hope: A History of Our Time, published in 1966 there are indeed elite "insiders" manipulating world events behind the scenes to create a new world socialist, collectivist order. This is the reason for the coming financial collapse of Europe. Like the occult mythical Phoenix bird rising from the ashes of the "old order", the eurozone; a "new" much tighter controlled united Europe will arise. The mythical phoenix symbolizes the destruction of the past to create a new order, Order out of Chaos.

Why is the eurozone reportedly on the edge of financial collapse? If the elite of the world are so smart as they tell us then why is this happening and why should we listen to them? How could these "wise men" let this occur? We must learn to think critically and not accept at face value what the elite controlled collectivist media would have us believe. Their intention is not just to disseminate information, facts, but to interpret events in such a way to build fear and intimidation so that you believe that they have the only solution to the crisis at hand. We must learn to look in the opposite direction for the truth since their goal is manipulation of the mind to their collectivist agenda.

"We are grateful to the Washington Post, The New York Times, Time magazine, and other great publications whose directors have attended our meetings and respected their promise of discretion for almost forty years. It would have been impossible for us to develop our plan for the world if we had been subject to the bright lights of publicity during those years. But the world is now more sophisticated and prepared to march towards a world government. The supernational sovereignty of an intellectual elite and world bankers is surely preferable to the national auto-determination practiced in past centuries. ....................... David Rockefeller, at the 1991 Bilderberger meeting.

"If the American people ever allow private banks to control the issue of their currency, first by inflation and then by deflation, the banks and corporations that will grow up around them will deprive the people of all property until their children wake up homeless on the continent their fathers conquered."
.........................................Thomas Jefferson: 1816.

From the The American Dream:
Posted by steve at 7:00 PM No comments: