HIS TRUTH MARCHES ON! 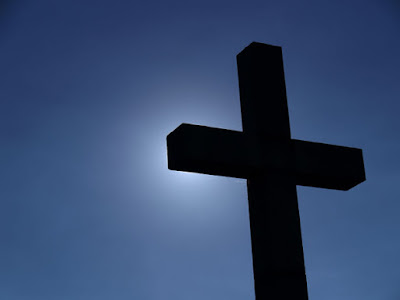 Not by might, nor by force, but by the Spirit of the living God, His kingdom marches on and the gates of hell shall not prevail against it until that day when every knee will bow and every tongue confess that HE (Jesus Christ) is LORD.

TheChristianObserver.blogspot.com
This blog is not affiliated with www.christianobserver.org
Posted by steve at 5:00 PM No comments:

THE FUTURE OF THE USA 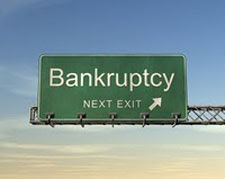 TheChristianObserver.blogspot.com
This blog is not affiliated with www.christianobserver.org
Posted by steve at 7:10 PM No comments:

Alex shows us how it’s done when dealing with those unconstitutional checkpoints in His Home State of Texas.

In a second round encounter with Border Patrol agents at the checkpoint 98 miles from the Texas-Mexico border, Alex and his family stand up to goons who try to search his vehicle without any warrant or reason. The whole system is not designed to stop drugs or illegal immigrants, but to make Americans feel guilty until proven innocent, as if they’d done something wrong. Agents admitted they were using their sniffing dogs to search for narcotics and human odor, despite the double-speak statement that they were checking citizenship status and 'not' looking for drugs.

Epilogue
We the people of the United States, in order to form a more perfect union, establish justice, insure domestic tranquility, provide for the common defense, promote the general welfare, and secure the blessings of liberty to ourselves and our posterity, do ordain and establish this Constitution for the United States of America.......Preamble to The Constitution of the United States of America
Amendment IV
The right of the people to be secure in their persons, houses, papers, and effects, against UNREASONABLE SEARCHES AND SEIZURES, SHALL NOT BE VIOLATED, and no warrants shall issue, BUT UPON PROBABLE CAUSE, SUPPORTED BY OATH OR AFFIRMATION, AND PARTICULARLY DESCRIBING THE PLACE TO BE SEARCHED, AND THE PERSON OR THINGS TO BE SEIZED.[caps mine for emphasis]

Do these officers have probable cause when they pick a vehicle at random to conduct a search? Obviously not because it is a RANDOM search. Do they have a warrant to search a vehicle picked out randomly describing that particular vehicle to be searched with a specific license # etc, a specific persons name and the items to be seized per the IV Amendment? Obviously not!

U.S. citizens: these searches are being conducted illegally in violation of the IV Amendment to the Constitution of the United States of America.

If we do not defend our rights as guaranteed by the U.S. constitution as Alex has shown WE WILL LOOSE THEM!. WE MUST stand-up to defend it. It is the only thing guaranteeing our rights!

We are being trained to accept tyranny. It is being brought in by our government at illegal checkpoints on the highway, illegal pat-downs at airports, illegal arrests of U.S. citizens by armed forces of the United States within the borders of the United States. All in the name of fighting terrorism.

What is next? Searching homes randomly with dogs for drugs, guns, bombs, illegal aliens?

It may be coming sooner than you think!

Our freedom is becoming merely an illusion.

TheChristianObserver.blogspot.com
This blog is not affiliated with www.christianobserver.org
Posted by steve at 8:04 PM No comments: