Time Is Running Out! 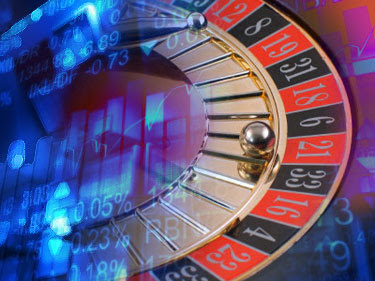 A more severe crash than the one triggered by the collapse of Lehman Brothers could be on the way, according to alarm signals in the credit markets.

Insurance on the debt of several major European banks has now hit historic levels, higher even than those recorded during the financial crisis caused by the US financial group's implosion nearly three years ago.

Credit default swaps on the bonds of Royal Bank of Scotland, BNP Paribas, Deutsche Bank and Intesa Sanpaolo, among others, flashed warning signals on Wednesday. Credit default swaps (CDS) on RBS were trading at 343.54 basis points, meaning the annual cost to insure £10m of the state-backed lender's bonds against default is now £343,540.

"I think we are heading for a market shock in September or October that will match anything we have ever seen before," said a senior credit banker at a major European bank.

What are Credit Default Swaps? These videos explain it below.

You've probably heard that the amount of credit default swaps (CDS) is greater than the world economy. This is confirmed by the Bank for International Settlements - the official organization which tracks derivatives - there were $57.9 trillion dollars worth of CDS as of December 2007. (Global Research.ca)

But did you know that the amount of unallocated derivatives as of December 2007 was an additional $71.2 trillion dollars?(Ibid.)

Therefore the total estimated value of all the unallocated derivatives and (CDS) is a staggering 129.1 trillion.

They are essentially side bets on the performance of the U.S. mortgage markets and some of the biggest financial institutions in the world - a form of legalized gambling that allows you to wager on financial outcomes without ever having to actually buy the stocks and bonds and mortgages.

It would have been illegal during most of the 20th century under the gaming laws, but in 2000, Congress gave Wall Street an exemption and it has turned out to be a very bad idea.

Why? Because the market in (CDS) is largely unregulated leading to a crisis in confidence between contract holders that caused the 2008-2009 stock market crash.
Epilogue

It has taken seven years to recover the original investment you would have made in the SP-500 index had one bought the SP-500 index(spy) at the market top in the year 2000. If you do not have at least a seven year time horizon to stay invested in the stock market to ride out the severe corrections before you retire you will probably loose part of your investment when you will need it the most. Consult your financial advisor of course before liquidating any stock positions. The risk to your retirement savings is extremely high.

The best investment currently is gold which has increased over 400% in the last six years. Predictions are that it will exceed $3000/oz within the next two years.

Will you be the last one out once the panic starts?

TheChristianObserver.blogspot.com
This blog is not affiliated with www.christianobserver.org
Posted by steve at 8:06 PM No comments:

Ya Baby! Keep The Printing Presses Rolling So They Can Bail Out Their Cronies And Rob Your Pension As The Dollar Isn't Worth The Paper It's Printed On 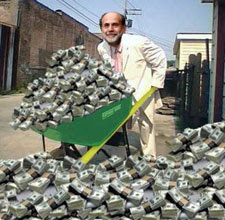 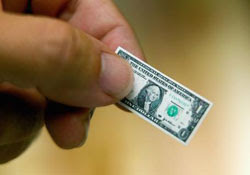 Alex welcomes back Gerald Celente of the Trends Research Institute to discuss the economy and related global developments.


Too bad the banks are the only ones getting your money!

TheChristianObserver.blogspot.com
This blog is not affiliated with www.christianobserver.org
Posted by steve at 9:18 PM No comments:

Ron, Give The Establishment Hacks a Run For Their Money And Bring Home Our Troops! We Will Not Let Our Sons and Daughters Be Cannon Fodder For The Globalists Any Longer! They Belong On Our Southern Border Not The Iranian Border!

The major news media may choose to ignore him, but the troops have voted loud and clear with their pocketbook and it is not for the current occupier of the White House.


TheChristianObserver.blogspot.com
This blog is not affiliated with www.christianobserver.org
Posted by steve at 8:23 PM No comments: