The Matrix as "I AM" 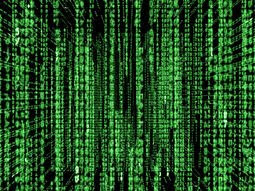 TheChristianObserver.blogspot.com
This blog is not affiliated with www.christianobserver.org
Posted by steve at 8:09 PM No comments:

Labels: The "I AM", The Matrix

A sick man turned to his doctor as he was preparing to leave the examination room and said, "Doctor, I am afraid to die. Tell me what lies on the other side."

"You don't know? You're, a Christian man, and don't know what's on the other side?"

The doctor was holding the handle of the door. On the other side came a sound of scratching and whining, and as he opened the door, a dog sprang into the room and leaped on him with an eager show of gladness.

Turning to the patient, the doctor said, "Did you notice my dog? "

"He's never been in this room before. He didn't know what was inside.

He knew nothing except that his master was here, and when the door opened, he sprang in without fear.

I know little of what is on the other side of death,

I know my Master is there and that is enough.'" 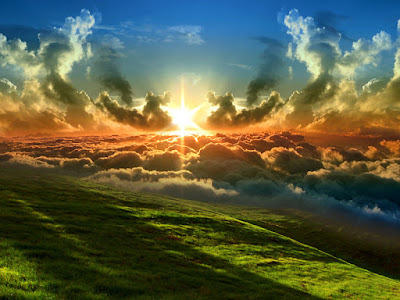 TheChristianObserver.blogspot.com
This blog is not affiliated with www.christianobserver.org
Posted by steve at 10:26 AM No comments:

THE ILLUSION OF FREEDOM


In the above video Alex talks about the Security and Prosperity Partnership known as the SPP. Click the links to find out more. SECURITY AND PROSPERITY PARTNERSHIP BACKGROUND. Assimilation. Deep Integration: The Next Step.

Another example of the evolving police state.
Potentially more explosive than C-4, TNT, dynamite, and nitroglycerin..Breast Milk? Give me a break!!

Does the person in the glass cage look like a terrorist? Watch the video to find out. Why doesn't the TSA do personality profiling like the Israeli's do to identify suspected terrorists instead of harassing nursing mothers who are trying to follow the TSA's own procedures?

I ask you, how many terrorist attacks have occurred in the United States since 9/11? ZERO! (0)

How many of these potential attackers have been caught by the new full body x-ray scanners? ZERO! (0)

How many potential attackers have been caught hiding explosives as breast milk? ZERO! (0)

How many times have these security measures at airports been tested and found inadequate?

Could there be another reason why we must go through the new full body x-ray scanners? See the video below.

This is not about safety. This is about corruption, greed and total control. It is about training you to obey and intimidating you into compliance when the police state is fully implemented during the time when the 10 kingdom confederation spoken of by the prophet Daniel and the prophet John(Revelation) come into existence. On God's prophetic clock we are almost there.
Epilogue
Your future world will only get worse as the Big Brother electronic control and security grid in support of the coming 10 kingdom world government(map of 10 kingdoms at bottom of linked page) slowly unmasks itself to the public. How will you respond?

I am reminded of what the prophet Daniel said many, many years ago.

Daniel, in chapter 2 of the Bible, interprets a dream given to king Nebuchadnezzar by God. In the vision "stood a large statue -an enormous, dazzling statue, awesome in appearance. The head of the statue was made of pure gold, its chest and arms of silver, its belly and thighs of bronze, its legs of iron and partly of clay." Daniel 2:31-33 NIV.

Daniel tells us that this image of a dazzling statue represents four earthly kingdoms. Listen to Daniel's words: "After you, another kingdom will arise, inferior to yours. Next, a third kingdom, one of bronze will rule over the whole earth. Finally there will be a fourth kingdom, strong as iron-- for iron breaks and smashes everything-- and as iron breaks things to pieces, so it will crush and break all others." Daniel 2:39-41 NIV.

According to Halley's Bible Handbook, and Tim Lahaye, noted author of the Left Behind fiction series, the four beasts "represented four future kingdoms beginning with the Lion, which represented the Babylonian Empire" in existence during Daniel's life. "Then he saw a bear, which represented the Medo-Persian Empire, followed by a leopard, representing the Grecian Empire, and a non-descript beast, portraying the Roman Empire. No world powers have existed other than the four described by Daniel.(Italics mine) Tim Lahaye, Revelation Unveiled, (Grand Rapids, Michigan: Zondervan Publishing House, 1999) 215.

Regarding the fourth beast (world empire) Daniel states the following: "It had large iron teeth; it crushed and devoured its victims and trampled underfoot whatever was left. It was different from all the former beasts, and it had 10 horns." Daniel 7:7 NIV

In Revelation 17:12 we read: "The 10 horns you saw are 10 kings who have not yet received a kingdom, but who for one hour will receive authority as kings along with the beast...(emphasis mine) These are the 10 kings who will make up the Antichrist's world confederacy of nations." Tim Lahaye, Revelation Unveiled, (Grand Rapids, Michigan: Zondervan Publishing House, 1999) 263.

I believe that the 10 kingdoms of the Club of Rome represent an extension of Daniel's final world Roman empire; the precursor to the final world kingdom ruled by 10 kings who each rule a region (kingdom) who give their power to the beast spoken of in the book of Revelation. There are others who also believe this. "Ten kings will rule over ten world regions which are the Club of Rome Regions." Heeding Bible Prophecy, Understanding Satan's Plan To Counterfeit the Second Coming of Christ and the Restoration of All Things @ www.watch.pair.com/new-government.html#10.B.

Are you awake yet!
TheChristianObserver.blogspot.com
This blog is not affiliated with www.christianobserver.org
Posted by steve at 10:00 PM No comments: