END OF THE WORLD? 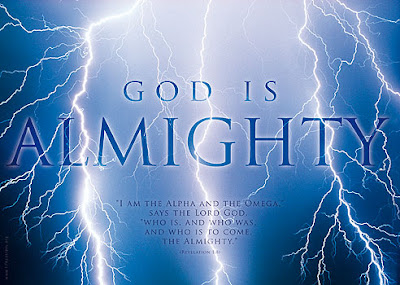 TheChristianObserver.blogspot.com
This blog is not affiliated with www.christianobserver.org
Posted by steve at 9:11 PM No comments:

You're a 19 year old kid, just out of boot camp, now a trained infantryman with little combat experience, part of the battalion being transported via Huey into the largest battle to date between the American and North Vietnamese armies in the Ia Drang Valley of Viet Nam.

You are laying on the hard ground, critically wounded and dying in the jungles of the Central Highlands of Viet Nam.

Your unit is outnumbered 8-1 and the enemy fire is so intense from 100 yards away, that your CO (commanding officer) has ordered the MedEvac helicopters to stop coming in.

Back at base, Freeman and the other pilots received word that the GIs they had dropped off were taking heavy casualties and running low on supplies. In fact, the fighting was so fierce that MedEvac helicopters refused to pick up the wounded. When the commander of the helicopter unit asked for volunteers to fly into the battle zone, Freeman alone stepped forward.

You're lying there, listening to the enemy machine guns and you know you're not getting out.

Your family is half way around the world, 12,000 miles away, and you'll never see them again. As the world starts to fade in and out, you know this is the day.

Then - over the machine gun noise - you faintly hear that sound of a helicopter. You look up to see a Huey coming in. But.. It doesn't seem real because no MedEvac markings are on it.

Captain Ed Freeman is coming in for you. He's not MedEvac so it's not his job, but decided he's flying his Huey down into the machine gun fire anyway.

Even after the MedEvacs were ordered not to come. He's coming anyway. And he drops it in and sits there in the machine gun fire, as they load 3 of you at a time on board.

Then he flies you up and out through the gunfire to the doctors and nurses and safety.

Then he comes back, again. And again. And again! In all, Freeman carried out fourteen separate rescue missions, bringing in water and ammunition to the besieged soldiers and taking back dozens of wounded, some of whom wouldn't have survived if they hadn't been evacuated.

He flew that Huey until all the wounded were out. No one knew until the mission was over that the Captain had been hit 4 times in the legs and left arm.

He took 29 of you and your buddies out that day. Some would not have made it without Ed W. Freeman going beyond the call duty for his country and fellow man.
_______________________________________________________
In the aftermath of the Ia Drang battle, his commanding officer, wanting to recognize Freeman's valor, proposed him for the Congressional Medal of Honor. But the two-year statute of limitations on these kinds of recommendations had passed, and no action was taken. Congress did away with that statute in 1995, and Freeman was finally awarded the medal by President George W. Bush on July 16, 2001.

Freeman was back at the White House a few months later for the premiere of We Were Soldiers, a 2002 feature film that depicted his role as a helicopter pilot in the Ia Drang battle. As he was filing out of the small White House theater, the president approached him, saluted, and shook his hand. "Good job, Too Tall," he said. (At six foot four, he was "too tall" to enter flight school until the rules for height changed in 1955. This nickname followed him throughout his military career.)

On August 20, 2008, Ed Freeman passed away from complications of Parkinson's disease at the age of 80 and was laid to rest at the Veterans Cemetery in Idaho, where he settled.

In March of 2009, the United States Congress bestowed one more honor to Ed Freeman. They designated the US Post Office in his place of birth McLain, Mississippi, the "Major Ed W. Freeman Post Office."

I'll bet you didn't hear about this hero's passing.

Shame on the American media for not reporting this! The global elitists want to keep you titillated and distracted through the news media with the latest escapades of Lindsey Lohan, and Tiger Woods.

Please honor this real American hero on Memorial day by remembering the selfless sacrifice he made that others could live.

You might remember a news story in December 2009 about a crotchety old man who defied his homeowners association and refused to take down the flagpole on his property and the large flag that flew on it.

Now you can find out whom, exactly, that old man is.

Twenty-five years later, on May 23, 1944, near Carno, Italy, Van T. Barfoot, who had enlisted in the US Army in 1940, set out to flank German machine gun positions from which fire was coming down on his fellow soldiers. He advanced through a minefield, took out three enemy machine gun positions and returned with 17 prisoners of war.

If that wasn't enough for a day's work, he later took on and destroyed three German tanks sent to retake the machine gun positions.

That probably didn't make much news either, given the scope of the war, but it did earn Van T. Barfoot, who retired as a colonel after also serving in Korea and Vietnam, a Congressional Medal of Honor.

What did make news in December of 2009 was a neighborhood association's quibble with how the 90-year-old veteran chose to fly the American flag outside his suburban Virginia home. Seems the rules said a flag could be flown on a house-mounted bracket, but, for decorum, items such as Barfoot's 21-foot flagpole were unsuitable.

He had been denied a permit for the pole, erected it anyway and was facing court action if he didn't take it down.


The decorated veteran of three wars, now 90 years old, raises the American flag every morning on the pole, then lowers and folds the flag at dusk each day in a three-corner military fashion.

Since the story made national TV, the neighborhood association has rethought its position and agreed to indulge this old hero who dwells among them.

As well they should.

And if any of his neighbors still takes a notion to contest him, they might want to read his Medal of Honor citation. It indicates he's not real good at backing down.

"For most of my adult life, I have proudly flown the American Flag in front of my house, 365 days a year. I will continue to do so until I finish my journey. If any person, any organization, or any government official attempts to touch or remove it, I suggest that they come armed... for I will be."

"For conspicuous gallantry and intrepidity at the risk of life above and beyond the call of duty on 23 May 1944, near Carno, Italy. With his platoon heavily engaged during an assault against forces well entrenched on commanding ground, Sgt. Barfoot moved off alone upon the enemy left flank. He crawled to the proximity of 1 machine gun nest and made a direct hit on it with a hand grenade, killing 2 and wounding 3 Germans. He continued along the German defense line to another machine gun emplacement, and with his tommy gun killed 2 and captured 3 soldiers. Members of another enemy machine gun crew then abandoned their position and gave themselves up to Sgt. Barfoot. Leaving the prisoners for his support squad to pick up, he proceeded to mop up positions in the immediate area, capturing more prisoners and bringing his total count to 17.

Later that day, after he had reorganized his men and consolidated the newly captured ground, the enemy launched a fierce armored counterattack directly at his platoon positions. Securing a bazooka, Sgt. Barfoot took up an exposed position directly in front of 3 advancing Mark VI tanks. From a distance of 75 yards his first shot destroyed the track of the leading tank, effectively disabling it, while the other 2 changed direction toward the flank. As the crew of the disabled tank dismounted, Sgt. Barfoot killed 3 of them with his tommy gun.

He continued onward into enemy terrain and destroyed a recently abandoned German field piece with a demolition charge placed in the breech. While returning to his platoon position, Sgt. Barfoot, though greatly fatigued by his herculean efforts, assisted 2 of his seriously wounded men 1,700 yards to a position of safety. Sgt. Barfoot's extraordinary heroism, demonstration of magnificent valor, and aggressive determination in the face of point blank fire are a perpetual inspiration to his fellow soldiers." 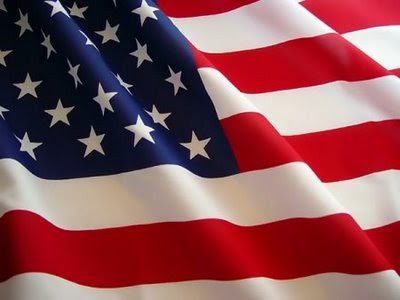 Epilogue
Would Globalist Barry Soetoro a.k.a. Barack Obama be willing to die for his fellow man as these men were?

A Citizen's Prayer
Now I lay me down to sleep...
One less terrorist this world does keep...
With all my heart I give my thanks...
To those in uniform regardless of ranks...
You serve our country and serve it well...
With humble hearts your stories tell...
So as I rest my weary eyes...
While freedom rings, our flag still flies...
You give your all, do what you must...
With God we live and in God we trust....
Amen
thechristianobserver.blogspot.com
This blog is not affiliated with www.christianobserver.org
Posted by steve at 7:05 PM No comments: