Welfare Earth: Copenhagen and the Move to Global Governance(1) 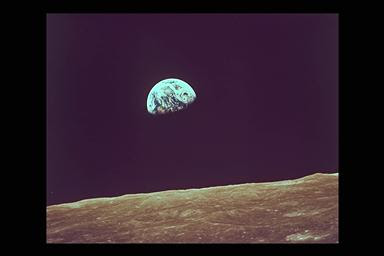 You don't have to attend COP +15 (the fifteenth Conference of the Parties to the United Nations Convention on Climate Change) to know that civilization was tensed like a tightly wound spring. The surge of press reports, video feeds, and media hype gave one the impression that nothing else on the planet mattered during those two weeks (Dec. 1-18). With a religious-like fervor the planet's inhabitants were repeatedly told that unless the world "came together," we could expect massive environmental catastrophes.

This was the theme of a short video titled "Please Help The World," which played during the opening ceremony. In it, a young girl sees television newscasts of devastating weather events attributed to man-made climate change. Once in bed and asleep she experiences a vivid nightmare: and earthquake chases her across a dead landscape, a tornado destroys an entire city, and the ground cracks under her feet from the severity of drought. All of this is followed by a wash of unstoppable waves as the earth is terminated in a flood of biblical-proportions, even to the point of covering the surrounding mountains. So much for God's promise to not destroy the world in another flood; now Man wields the power to wipe out everything in a deluge of human-caused melting sea-ice and global super storms!

This dim world is at an end. In desperation she dangles from the branch of a single dead tree now surrounded by a raging sea-scape - this lifeless tree is her last chance for hope! She even loses her teddy bear in the global carnage. Of course, the stuffed bedtime toy was a cute polar bear.

Screaming herself awake, she's comforted by a dad who takes her through the COP+15 website where she watches videos of world leaders making appeals to save the world. This is followed by an historical piece of footage: a young Severn Suzuki, the daughter of Canadian environmental guru David Suzuki, speaking at the 1992 UN Earth Summit - a speech where she lamented the extinction of birds and butterflies. "In my fear, I'm not afraid of telling the world how I feel."

Spurred on by the example of young Severn, the little girl grabs a camcorder and races to the top of her apartment block. Taping herself, she tells the COP+15 delegates, "Please help the world."

Other children flash onto the screen, making up the round logo of COP*15. Their plea to global leaders - "Please help save the world.."

[If you actually believe this catastrophic scenario then I'll sell you some prime real estate on Pluto! Steve -ed.]

The film is a well-done piece: Great videography, a dynamic string-orchestra soundtrack, and the little girl did a super job portraying her emotions through subtle facial expressions and body language. It's an amazing piece of propaganda. Shown to school classroom, I'd have to call it "psychological child abuse."

It reminds me of a quote from the International Institute for Sustainable Development:

During any "issue-attention-cycle" in environmental campaigning, there is a phase which the issue needs to be strategically exaggerated in order to establish it firmly on an agenda for action.(2)

It all makes sense. A "strategically exaggerated" opening video for a conference designed to perpetuate one of the biggest exaggerations of all time - catastrophic, human induced climate change.

Welfare Earth
1) The West is Evil: Over and over, Western enterprise and capitalism was blamed for the demise of the planet. Never mind that enterprise and capitalism go hand-in-hand with national prosperity - a fact that even "Communist" China has picked up on. Yet this reality doesn't sit well with the leftest nature of climate lobbyists. Hence, when Venezuela's leader, Hugo Chavez, gave his speech at COP+15, he received praise from an audience more than happy to denounce the West.

It's capitalism, the people roar, out there, hear them.

I have been reading some of the slogans painted on the streets, and I think those slogans of these youngsters, some of which I heard when I was young, and of the young woman there, two of which I noted. You can heard among others, two powerful slogans. One: Don't change the climate, change the system.

And I take it on board for us. Let's not change the climate, let's change the system! And consequently we will begin to save the planet. Capitalism is a destructive development model that is putting an end to life; it threatens to put a definitive end to the human species.[what planet is this guy from? ed.]

...Socialism, the other spectre Karl Marx spoke about, which walks here too, rather it is like a counter-spectre. Socialism, this is the direction, this is the path to save the planet, I don't have the least doubt. Capitalism is the road to hell, to the destruction of the world.

And the crowd went wild with applause. Chavez had struck a mighty blow to the evils of the West. Then he boarded a passenger jet, ultimately a product of western capitalism - powered by jet fuel, another product of capitalism - carved a trail across the sky from one side of the Atlantic to the other.

This anti-West theme coursed through Cop+15: Chavez was playing to a crowd that generally sympathized with his leftist views. At its core, Copenhagen wasn't about saving the world from "warming," but from the West.

2) Give Me More Money: While climate lobbyists decried the evils of Western capitalism, developing nations were desperately seeking an agreement that would incorporate climate-debt language.

Climate debt is the idea that the Western nations should pay reparations to poor countries regarding global warming. It's basically a massive wealth transfer scheme and represents the reality behind much of the push for a climate agreement. Naomi Klein, a Canadian author with a socialist slant explains climate debt.

Climate debt is about who will pick up the bill. The grass-roots movement behind the proposal argues that all the costs associated with adapting to a more hostile ecology - everything from building stronger sea walls to switching to cleaner, more expensive technologies - are the responsibility of the countries that created the crisis.(3)

Again, the West created this terrible global crisis; or "non-crisis" if you are interested in the climate facts www.friendsofscience.org. Therefore the West must pay.

Global tax schemes are also being circulated, and were part of the COP+15 fiasco. In technical language, this is called finding a "new international source of finance." According to one UN climate document, this could involve taxes on international air travel and a Tobin Tax - a levy on currency transactions.(4) All of this is to be used for "adaption," that is payments to developing nations so that their societies can adapt to catastrophic climate change.

We're told that this wealth transfer isn't "a matter of charity."(5) True. It's not charity; it's a type of global welfare - one that will no doubt impose "conditionalities" (a conditionality is a prescribed action that the recipient must enact in order to obtain the money; examples include revamping the nations banking structure to conform with international standards, the relinquishing of certain natural resources, the implementation of "family planning" programs, etc.)

When COP+15 was done, a non-binding agreement was reached. The mainstream media said it was a lame-duck document. However, because of an official "take note" approach to the document, the Accord is considered "operational." This means that while the document hasn't been formally approved, it can move forward at an operational level. Hence, world leaders will be meeting over the next year to flesh this out and find methods for implementation. Financing is a major part of this deal. Signed on December 18, this Accord scales up "new and additional" funding to be transferred from developed to developing nations.

How much? Here are the figures:

The Accord explains, "This funding will come from a wide variety of sources, public and private, bilateral and multilateral, including alternative sources of finance.(6)

How this money is going to be raised, and which banking institutions will manage the funds, are issues being discussed in the post COP+15 world.

But this tax-and-spend approach is a drop in the bucket compared to how much money is going to be created "out of hot air" in the growing carbon market. Trillions are potentially at stake, and the biggest winners will be international banks and brokerages who mediate these accounts and contracts.(7)

In this game of hot money, whether through a welfare-styled tax and spend program or through an international carbon market, you can be assured that "wealth transfers" will mean less in your wallet - because this is were much of the money will ultimately come from. Sadly there will be little, if any, appreciative rise in standard of living for the common man in developing nations. But the rich will get richer, and power will be magnified.

3) International Management: International financing requires global management, a fact that the Accord recognizes: "New multilateral funding for adaption will be delivered through effective and efficient fund arrangements, with a governance structure providing for equal representation..."

Likewise, and agreed-to carbon reduction agenda, with "accountability" measures - which is what was being demanded at COP+15 - requires international oversight. Climate Change is a global problem that requires a global solution, so we are told. Over and over again, at COP+15 and elsewhere, the need for global governance pops up. This came through during the last days of the conference from non other than the UN Secretary General. In an interview with the Los Angeles Times on December 16, Ban Ki-moon said that he expected a legally binding political agreement sometime in 2010. His statements are revealing.

The United Nations will be there and should be involved in the implementation process...

...We will establish a global governance structure to monitor and manage the implementation of this.(8)

Simply put, this is a form of world government. One reporter writing for the UK Telegraph had this to say immediately following COP+15.

2009 was the year in which "global" swept the rest of the political lexicon into obscurity. There were "global crisis" and "global challenges", the only possible resolution to which lay in "global solutions" necessitating "global agreements". Gordon Brown actually suggested something called a "global alliance" in response to climate change...

..Was this to be regarded as the emergence of world government? And would it have powers of policing and enforcement that would supersede the authority of elected national governments? In effect, this was the infamous "democratic deficit" of the European Union elevated on a planetary scale. And if the EU model is anything to go by, then the agencies of global authority will involve vast tracts of power being handed to unelected officials. Forget the relatively petty irritations of Euro-bureaucracy: welcome to the era of Earth-bureaucracy, when there will be literally nowhere to run.(9)

Epilogue
"Finally there will be a fourth kingdom, strong as iron-- for iron breaks and smashes everything-- and as iron breaks things to pieces, so it will crush and break all others." Daniel 2:40 NIV.