What are FEMA, Homeland Security, the global elite, and World Health Organization(WHO) planning?

Devvy Kidd has written an excellent article with links to many other articles explaining the planning for the H1N1 swine flu pandemic. See the link below.

MANDATORY VACCINATIONS? TELL FEDS AND STATES TO 'STICK IT'

Opposition to forced vaccination is growing around the world.

In case you don't believe that the occult global elite and WHO are serious about about thinning the world's population by causing mass deaths through through manufactured biological agents(including vaccines) I have posted an Alex Jones narrated video below of actual burial vaults manufactured by Polyguard located a few miles from Madison, Georgia in a area leased to FEMA according to Alex Jones.

Here is a link to NSPD #51 which Alex Jones referred to in the video clip. 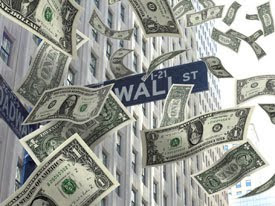 After reading Bruce's Wiseman's latest installment I was again impressed with his knowledge of the facts surrounding the incestuous relationship between Goldman Sachs, the US government, and the world monetary authorities. I have reprinted the beginning of his article titled: "The Goldman Connection" below:

There will be a war. I’m certain of it.

No, not with Iran, though I’d like to introduce Mahmoud – I refuse to wear a neck tie under any circumstances – Ahmadinejad to a woman I met several years ago. She and her twin sister had been experimental subjects of Nazi madman, Dr. Joseph Mengle. Mengle had tried to change the color of their eyes with dye. The woman was blind. Her sister died at Auschwitz.
Mahmoud, who thinks the Holocaust was a hoax, forgot to pay his brain bill.

And they are a few clowns short of a circus in Pyongyang. Still, I don’t think the Chinese will let Kim Jon Il and his newly appointed secret police chief son, Kim Jon Un, drag the West into a military confrontation on the Korean peninsula. It’s a little too close to home and a Korean War II is not part of Beijing’s master plan. At least not yet.

No, this is a war brewing between two iconic American institutions that couldn’t be more different: the voice of America’s rock culture, Rolling Stone Magazine, and the country’s premier, Armani clad investment bank, Goldman Sachs.

Rolling Stone recently published an article called The Great American Bubble Machine, a masterful expose by Matt Taibbi revealing Goldman’s greed and corruption in the creation of several investment “bubbles” that have made the firm and its partners – the term “filthy rich” comes to mind – but that have been devastating to Americans and to the US economy.

I rarely use those two words together. I have no problem with people making money – barrels of the stuff. Boat loads. But this needs to be done with some sense of ethics. Some sense of morals. Some sense of responsibility toward one’s fellow man. 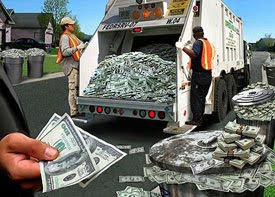 I was informed that Goldman is preparing a response. One wonders if the Wall Street veneer will crack: if they’ll come out with their pinstripes pressed or PR guns blazing trying to marginalize Taibbi.

As those of you who have followed my recent articles on the financial crisis know, I have pointed out the all too coincidental participation of Goldman executives in the creation of the financial crisis. Machiavelli himself would be proud of what has been nothing less than a coup d’etat of the planet’s financial systems. The Guys from Goldman have played their part.

While I have previously drawn attention to a few of the key figures, Taibbi has peeled the onion on several of the investment bank’s schemes and has also laid bare the army of Goldman alumni that have turned up at critical decision points in the universe of credit, investment and finance.

His orientation was such that he omitted a few that I will cover below. But the article is exhaustively researched and ties Goldman to everything from the Great Depression to speculation in oil futures before last year’s election that sent gas prices to $5.00 a gallon here in the land of many freeways. My focus, on the other hand, has been exposing the actual cause of the worldwide financial crisis. And our paths have crossed at a few key junctures.

Junctures that bring to mind the great Gordon Gekko - Michael Douglas’ character in Oliver Stone’s Wall Street. Preening in front of the Board of Directors and up and down the aisle among the shareholders of Teldar Paper, Douglas shares the philosophy of the successful investment banker as if handing down commandments from Mount Wall Street: “Greed is good. Greed is right. Greed works. Greed clarifies and cuts through and captures the essence of the evolutionary spirit.”

But is it more than greed? Are Goldman Sachs alumni part of a broader agenda that has not only lined their pockets with the spoils of corruption that Taibbi has exposed, but has also helped facilitate an international financial coup – a coup that has put the control of the planet’s financial affairs into the hands of small group of central bankers that hold secret meetings at what is nothing less than the Vatican of international finance – The Bank for International Settlements located in Basel, Switzerland?

If you’ve had a suspicion that bankers are running Washington, then hang on to your Calvins because while it starts in DC, this story is global in reach and is rolling out before your eyes – if you are willing to look.

The Goldman Connection
I would encourage you to read the rest of the article by clicking the link above.

Bruce ends the article: "Goldman is like a Rottweiler on a leash. The key is bringing the handler, the Bank for International Settlements, under control.
Epilogue
I am reminded of a thought that a great statesman once expressed in 1815.

"When a government is dependent upon bankers for money, they and not the leaders of the government control the situation, since the hand that gives is above the hand that takes... Money has no motherland; financiers are without patriotism and without decency; their sole object is gain." - Napoleon Bonaparte, 1815.[emphasis mine].

Which brings to mind another quote, indeed a warning:

Go now, ye rich men, weep and howl for your miseries that shall come upon you. Your riches are corrupted and your garments are moth eaten. Your gold and silver is cankered; and the rust of them shall be a witness against you, and shall eat your flesh as it were fire. Ye have heaped treasure together for the last days. James 5:1-3 KJV.

For the love of money is the root of all evil: which while some coveted after, they have erred from the faith, and pierced themselves through with many sorrows. 1 Timothy 6:10 KJV.

But thou, O man of God, flee these things; and follow after righteousness, godliness, faith, love, patience, meekness. Fight the good fight of faith, lay hold on eternal life...1 Timothy 6:11-12a KJV.

But Godliness with contentment is great gain. For we brought nothing into this world, and it is certain we can carry nothing out. 1 Timothy 6:6-7 KJV.

The new health care bill. Read it, then scream at your government representative. You have a right to. Don't let Nancy and Barbara take your constitutional right to protest away.