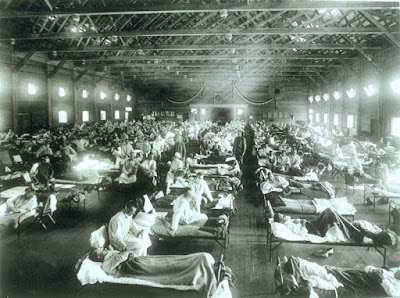 Why all the media hype about the swine flu?

Please download the links to understand as explained briefly below.

In an article written by Harold Gray, May 7, 2009 as summarized by Alex Jones titled "Hyped Flu Will Make Use Of Expiring Tamiflu Stockpiles And Allow For Pre-Pandemic Priming Of The Population" he states that the phase 5 pandemic declaration by the WHO, has allowed numerous entities to enact self-serving solutions that otherwise couldn’t have been achieved. First, the hyped crisis officially authorized the use of Tamiflu stockpiles around the globe that are due to expire in 2009-2010. Secondly, the hysteria that emerged from the media hype and government fearmongering, has also allowed for the implementation of a long term plan by vaccine manufacturers, governmental institutions, and virology think-tanks, to use investigational pre-pandemic vaccines to prime the public in advance of a threatened outbreak of a novel hybrid virus.

Harold Gray summarizes his article with the following statement: "This compiled data proves that we are in the midst of a global pandemic beta test, that will lead to an attempt in the fall to mass vaccinate the populace."

"This hoax, whether manufactured or taking advantage of, has enabled all aspects of the New World Order agenda to move forward. Resulting in more control, record profits and the opportunity to pose as the savior for the crisis, justifying the role of global government and all the compartmentalized tentacles that extend from it."

Note that in the coming planned for pandemic likely to occur this fall former President Bush put the U.S. under the control of The World Health Organization during a pandemic.

On May 4, 2006 The Washington Post published an article titled "White House Plan Defers Leadership In Bird-Flu Fight" which stated:

Bush administration plan for an influenza pandemic released yesterday hinges on sharing authority with global agencies such as the World Health Organization, and, at the opposite end of the spectrum, with governors, mayors and school superintendents.